Working with leather - a craft at risk? 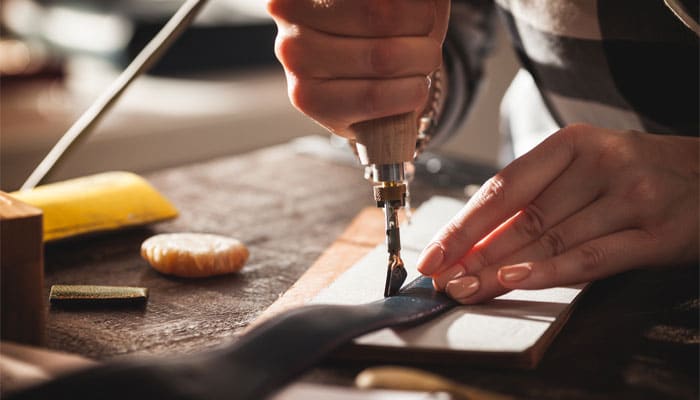 We are in talks with the Heritage Crafts Association - the organisation dedicated to support and promote heritage crafts as a fundamental part of our living heritage - to raise awareness of traditional leather crafts and production methods. Our national leather industry is steeped in heritage, with many of the businesses being handed down through the generations. It is also has some of the most stringent regulations and welfare standards, making UK sourced leather a more ethical and sustainable choice than imported leather products.

The HCA Red List of Endangered Crafts was first published in 2017 and was the first report of its kind to rank traditional crafts by the likelihood that they would survive to the next generation, based on intangible cultural heritage safeguarding principles. The research was led by the Heritage Crafts Association, the only UNESCO-accredited NGO working primarily in the domain of traditional craftsmanship. The research was repeated and the second iteration of the Red List was published in March 2019.

The critically endangered and endangered leather crafts that are currently Red List are:

The project will be to create a series of films that ‘tell the story’ of leather from its origin as a waste product, to the tannery, to the crafts practitioner. If you have ideas on what might be included, other issues you think we should cover or  if you'd like to help with this project, please email info@leatheruk.org.