Deforestation - is leather to blame? 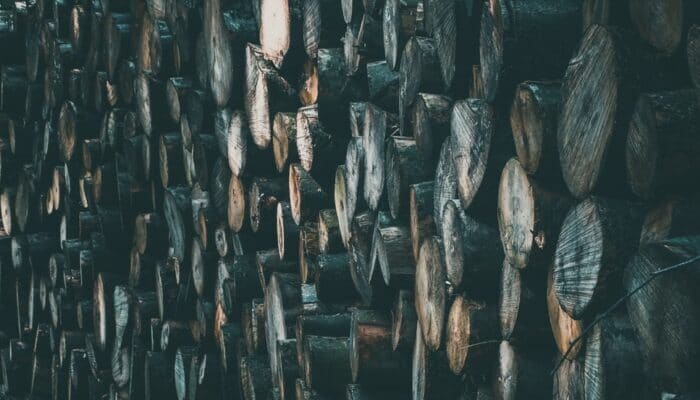 As reported in the British and German press, Earthsight, a UK-based environmental NGO, have published their report, ‘Grand Theft Chaco’, on illegal deforestation of the Chaco in Paraguay.

The Gran Chaco has been described as one of the last great wilderness areas in the world and is also home to the Ayoreo Totobiegosode, the only indigenous peoples living in voluntary isolation anywhere in the Americas outside the Amazon rainforest. The report describes a disturbing catalogue of abuses of political power, illegal activity and indifference to the damage being done to an irreplaceable environment and the people that call it their home. It is hard to imagine that any rightminded individual would deliberately condone or seek to be involved in the illegal practices described.

While the report highlights that the main driver for this illegal deforestation is cattle ranching, its principle target is leather and specifically, leather for the automotive sector. The report claims that the destruction is being driven by cattle ranching firms to meet international demand for beef and leather. This is a false conflation of responsibilities and risks creating a distraction from the real problem.

Leather does not drive the rearing of livestock. By extension, it does not drive deforestation. The problem is caused by livestock rearing for beef. The production of leather is all but incidental to that.

This is illustrated by examination of the inaccurate or misleading claims made in the report. It states that beef and leather exports from Paraguay are worth over US$1 billion every year, which is an eye-catching number, particularly in this context. However, a closer evaluation reveals that leather is a trivial part of that value. In 2019, beef exports from Paraguay were worth US$1.09 billion, while exports of wet blue totalled US$45.4 million (source: INTRACEN). As such, leather was less than 4% of the total value of exports; remove the value added by processing and the hides would be worth considerably less. It is also important to note that 80% of the exports from Paraguay are not associated with illegal deforestation.

The report also claims that the hide is not a by-product but a determining product for livestock rearing, amounting to 10% of the value of the animal and significantly more with the value added after processing. Interestingly, no reference is given for this value for the hide. However, as anyone in the industry knows, it is very far from the truth.

Current hide values sit around 1-1.5% of the animal, with some hides having no value at all. In the past year, colossal numbers of the hides produced have not entered the leather supply chain. Brazil and the USA were the two largest producers of beef in 2019. However, in Brazil, approximately 20% of hides were diverted to low value gelatine and collagen production (source: CICB), while in the USA, 16% of hides were simply disposed of (source: LHCA). At the same time, both countries saw increasing exports for beef, with Brazilian exports hitting record highs. Importantly, ranchers see no return on the processing of the hide to leather and as such, the manufacture of leather is not what drives them; beef production does. Beef production would continue even if all leather production were to cease.

The misrepresentation the value of leather in the context of livestock rearing continues with the claim that, ‘Global exports of raw hides, wet blue, crust and finished leather at US$28.5 billion are on a par with exports of beef (US$29.2 billion)’. In fact, the total value of fresh and frozen beef exports in 2019 was US$51.8 billion, while the total value of raw materials, part-processed and finished leather exports was US$19.09. Of that figure, raw hides made up only US$2.63 billion (source: INTRACEN). Again, not only is leather production not on a par with beef in value terms, the value that is added by the transformation of hides to leather does not reach the rancher. The cattle are reared for beef.

Clearly, leather is not a driver for the deforestation of the Paraguayan Chaco. It must also be noted that 80% of the exports of hides and leather from Paraguay are not a result of illegal deforestation. However, this does not change the fact that these sensitive and irreplaceable environments, and the people that live there, in Paraguay and elsewhere, must be protected. This is being recognised with the UK, German and EU governments all proposing legislation to prevent deforestation products entering supply chains. The UK government has proposed regulations to ensure that there is due diligence in supply chains and prohibit illegal deforestation products, including those embedded in other products, from entering the UK. Leather UK, with the backing of its membership, has supported this proposal. Our environment must be protected and the leather industry must play its part.

However, leather supply chains can be extended, convoluted and opaque. The report highlights the corruption, abuses of power and ‘cattle laundering’ that are prevalent in Paraguay. This means that even most diligent companies could be misled on the provenance of the raw materials that they source. Nonetheless, leather manufacturers and their customers are increasingly demanding greater visibility of their supply chains and reassurance that their products are ethically sourced.

It is ironic that the one of the countries that the report highlights as being most at fault, Italy, is also leading the way in the development of certifications for the origin of South American hides. The Italian leather association, UNIC and certification body, ICEC have been working with US-based NGO, National Wildlife Federation, America’s largest and most trusted conservation organisation, to develop traceability certification for raw materials from Brazil, guaranteeing that they are deforestation-free. It is intended that the scheme will be extended to Paraguay. An industry-led initiative to address the deforestation issues in the sourcing of hides and leather.

None of this diminishes the very serious issues highlighted in the report or excuses any manufacturer from the need to exercise due diligence in their supply chain. Manufacturers should do all they can to avoid deforestation products and protect our environment. It is encouraging that the leather industry itself is taking a lead on this. However, despite all the hyperbole, the report itself acknowledges that the chances that the leather in your car are associated with the issues in Paraguay, are small. The danger is that a focus on leather will damage the leather industry without taking any steps towards solving the problems that have taken the Chaco to a perilous place.