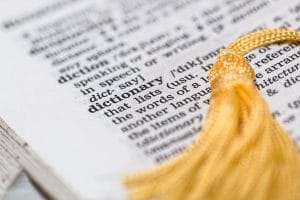 Re: The definition of Leather

We believe that you have received a letter from the People for the Ethical Treatment of Animals (PETA), requesting that the definition of leather be expanded to include ‘durable plant-based and synthetic materials, processed for use in the clothing, footwear and upholstery industries, and others’. The misinformation and ignorance of this letter notwithstanding, we hope that you will see this for the cheap stunt that it is. It has nothing to do with advancement of language but is solely concerned with promoting the unbalanced dogma of an organisation that has no regard for fact or reason.

The definition of leather accepted by the global leather industry is, ‘hide or skin with its original fibrous structure more or less intact, tanned to be imputrescible,….’, which expands in detail but not intention, on the definition in the Oxford Dictionary. This definition is recognised in in British[1], European[2] and International (ISO)[3] Standards, and various national and European laws. For example, the European Footwear Directive[4] references this definition to set the minimum standards required to describe a shoe as leather, and the Brazilian Leather Law (4.888/65) prohibits the use of the term leather to be used to describe a product that does not meet this definition. As such, plant-based and synthetic materials clearly cannot be described as leather.

Furthermore, contrary to the assertions of PETA, consumers have very clear expectations of what is meant by the term, leather. An EU-funded study[5] in 2013 found that, with regard to labelling of leather products, authenticity was the highest priority for consumers. Consumers expect that a product labelled as leather will be leather. Nor is the consumer turning away from leather. Leather production has risen by 47% from 1990 to 2015[6], with growth in all areas of consumption, particularly automotive upholstery.

The definition of leather is widely recognised and well understood. Any move to change this, as suggested, would represent an unwarranted change to the English language. It would render the term meaningless and confusing, and, we believe, would materially mislead consumers. The leather industry welcomes the increasing choice of materials available to consumers. However, this makes accurate and specific definitions, such as already exists for leather, ever more important.

While not relevant to the discussion of the definition of leather, I will briefly address the false claims and insinuations made by PETA regarding the production of leather:

• Animals are not killed to make leather but to produce meat. The hides and skins are a by-product of meat production and without them, there would be no leather industry. The leather industry recycles over seven million tonnes of meat industry waste per year, that would otherwise have to be discarded;
• Meat consumption globally is rising[7], meaning that there will be more skins and hides that require processing. The leather industry is as relevant now as it has ever been;
• The vast majority of animals are raised to strict welfare standards, including those regarding slaughter;
• Hides, skins and leather do not contain methane, it is product of ruminant digestion (among other agricultural sources);
• Livestock rearing contributes an estimated 14.5% of global greenhouse gas emissions[8]. The figure of 51% given by PETA is blatant untruth.
The disregard for these easily verifiable facts clearly demonstrate the supremacy of agenda over substance in PETA’s approach.

PETA state that language matters and they are correct. The definition of leather, as currently received, remains as important and relevant as it has ever been, and should not altered to meet the whims of a minority agenda group.

I am very happy to discuss this issue further and look forward to your reply.

1 BS 2780:1983+A1:2013, Glossary of Leather Terms
2 EN 15987:2015 – Leather – Terminology – Key Definitions for the Leather Industry
3 ISO/DIS15115(en), Leather – Vocabulary
4 Directive 94/11/EC on the approximation of the laws, regulations and administrative provisions of the Member States relating to labelling of the materials used in the main components of footwear for sale to the consumer
5 ‘Study on the feasibility of a leather labelling system at European level’ (http://ec.europa.eu/DocsRoom/documents/11364/attachments/1/translations)
6 FAO, ‘World statistical compendium for raw hides and skins, leather and leather footwear 1999-2015’
7 OECD/FAO (2017), ‘OECD-FAO Agricultural Outlook 2017-2026’.
8 FAO (2014), ‘Tackling climate change through livestock’.