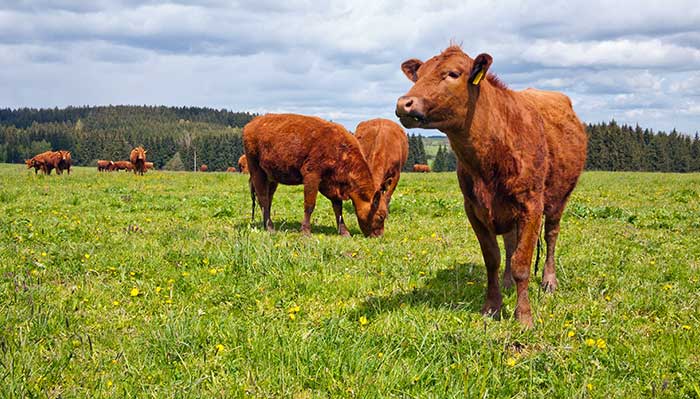 On the 8th of September, documentary platform, Waterbear, launched a new feature-length documentary, SLAY. As is often the case with this kind of film, the production is very slick and engaging. SLAY claims to reveal how 2.5 billion animals are killed every year for leather, wool and fur for the fashion industry and the alleged unethical and environmentally damaging practices that underlie those industries.

But does it actually do that? And is there any truth in the claims made?

As Leather UK is the representative association for the UK leather industry, this analysis deals only with the claims made about leather. Comments are given in the order that issues arise in the film:

‘Using leather is so ingrained, people forget that it comes from an animal’ – this comment is made early in the film and to be fair, is partially true. Several consumer surveys have shown that consumers do not understand the provenance of leather, with some unaware that it comes from an animal and more than half believing that livestock are reared specifically for leather production. Leather has been with us for so long, that it is sometimes easy to overlook it.

There is a pressing need to educate consumers on where leather comes from and to explain that it is a circular, upcycled product from an unavoidable by-product (more on this later) that will exist regardless of whether or not it is turned into leather. As found by the Leather UK consumer survey, once consumers understand this, they are more inclined to use leather than to see raw materials wasted. And this is only one of many good reasons to use leather.

Pollution and impacts on human health - The film investigates tanneries in Kanpur, India giving attention to the discharge of untreated Chromium-containing effluents and their impact on the local environment. A number of human health issues are also linked to leather manufacture, with Chromium III inappropriately described as ‘highly toxic’; chromium III presents a limited risk to human health .

The choice of Kanpur, an area known for unacceptable manufacturing practice, is quite deliberate and filmmakers clearly intend to give the impression that the leather manufacture and associated issues shown in Kanpur are representative of the global leather industry. However, this is most certainly not the case for the global industry or even some of the industry in India. While India is a significant producer of leather, and Kanpur may represent 4% of global leather production, the vast majority of the world’s tanneries are subject to stringent environmental, health & safety and worker protection legislation. It notable that the film does not present any other examples of poor environmental practice elsewhere in the world.

While situation in Kanpur cannot be condoned, it is the product of a number of issues which are common to many manufacturing sectors in the global South, including little or poorly enforced regulation, demand for ever cheaper products and poverty. The same pressures have given rise to the devastation of the Citaram River in Indonesia by the textiles sector. This does not excuse poor practices and these should be addressed in the leather sector and others. However, it is important to recognise that these issues are in no way intrinsic to the leather industry.

‘According to the Sustainable Apparel Coalition, leather has one of the worst effects on the planet’ – The film uses the Sustainable Apparel Coalition’s (SAC) Material Sustainability Index (MSI) to suggest that leather has a much bigger environmental footprint than other materials. However, it is well known that the scores used in the MSI cannot be compared between material groups, such as polyester and leather, a fact acknowledged by SAC Vice President, Jeremy Lardeau and in SAC’s own guidance on how to use the MSI. In other words, it is not possible to claim that leather has the worst effects of any material on the planet on the basis of the MSI because the MSI cannot make those comparisons.

Furthermore, the MSI has been discredited as a measure for the impact of materials, as it is based on out-of-date, incomplete or inappropriate data and a limited methodology. These points were raised when the International Council of Tanners called for MSI for leather to be suspended, on the basis that did not properly reflect the impact of leather. This position was subsequently vindicated by the decision of the Norwegian authorities to ban the MSI for consumer-facing claims of sustainability for cotton products as the claims made by the MSI could not be supported.

Looking at the MSI database, it is clear that the generic score for leather is wildly inaccurate, as shown by the up-to-date, verified scores and far lower scores for leather that have been submitted by a number of tanneries.

‘Leather is one thirsty product’ – It is claimed that, according the FAO, the water footprint for one hide is 100,000 litres and that it takes the same amount of water to make a pair of shoes as a human would be recommended to drink over a 10 year period (7300 litres). The huge figure for a hide is a misrepresentation of the water footprint of leather as it includes the water associated with livestock rearing; and even here it is highly misleading as 93% of that water is ‘green water’, also known as rain, which will fall on fields whether there are cattle in them or not.

In fact, the relevant fresh (blue) water input for the manufacture of one hide of leather, including the rearing of livestock, would be about 4000 litres. Of that, and as reported in the Social & Environmental Report of the European Leather Industry 2020, the average water consumed in European tanneries is 121 litres per square metre of leather, i.e. processing a 5 square metre hide to leather would use about 600 litres, or about 44 litres for the 4 square feet of leather in an average pair of shoes. Even at the global level, the average consumption would be about 1000 litres per hide or 1% of the figure claimed in the film. Water conservation is a constant goal for the leather industry and many tanneries use much less than the average.

‘Skins are very valuable’ – The film asserts that the hide is not a by-product and points to the fact that the leather industry is worth 100s of billions of dollars as evidence of this. This is patently untrue and economically illiterate.

The hide is undeniably a by-product, as acknowledged by the WWF , who state ‘Leather is entirely a by-product of the beef and dairy industries’. On average, the hide represents only 1% of the animal, assuming it has any value at all; it is estimated that up to 40% of hides are simply thrown away . The situation for small skins, such as sheep and goat, is far worse and represents a terrible waste of raw material.

Furthermore, economic analysis has shown that demand for hides has no direct impact on the rearing and slaughter of animals ; livestock are not reared for their hides and skins. The value in the leather supply chain is value added downstream from farming, by tanners, manufacturers and brands, of which the farmer receives nothing. The brand has far more impact on the value a luxury handbag than the materials used to make it. For example, put Stella McCartney on a plastic bag and it will sell for £650, considerably more than the value of the polyester and polyurethane it is made from.

‘It would be better if we threw those skins away…’ – Reference is made to studies that allegedly show that it would be better for the environment if hides and skins were thrown away and allowed to rot. In fact, the claim is based on only one calculation , by Circumfauna, an initiative of Collective Fashion Justice. A detailed rebuttal of the calculation can be found here but in brief, the premise is deluded, the calculation fatally flawed and the conclusion the exact opposite of what it should be.

Demand for leather is playing a role in deforestation in the Amazon – Eighty percent of deforestation in in the Amazon is linked to cattle rearing and this is extrapolated to claim that this is being driven by demand for leather. The truth is that, as already shown, hide and leather production does not drive livestock rearing. Livestock production would continue even if no leather was made. The lack of influence that the leather industry has on upstream livestock practices has been recognised by the WWF.

However, the leather sector recognises and supports the need to protect the Amazon is very keen to remove deforestation from its supply chains and there are many programmes, such as the work being done by LWG, WWF and NWF. The issues are hugely complicated and will require significant effort and investment to resolve but the industry is committed to deforestation-free leather.

Dangerous Chemicals - One of the more risible claims made is that it is impossible to consider leather a natural product because of the long list of ‘dangerous chemicals’ used in its production. With regard to chemicals, there are two issues to consider here: firstly, chemicals are everywhere and used in the production of almost everything; secondly, chemicals are only dangerous is they are not managed correctly and leather and leather production are subject to the same regulations for environmental and worker and consumer health protection as any other product. This includes the hazardous chemicals used to make plastic for synthetic or faux leather.

More importantly, processing a hide to leather does not stop it being a natural product. The very large part of the material remains protein, even if stabilised. It is curious that the alternatives to leather (discussed later), are almost all entirely dependent on plastic for any functionality and yet are still described as ‘plant-based’. Mycelium products are tanned and finished in tanneries but their chemical content is never discussed.

Leather is obviously a natural product, derived from a natural raw material and returning to nature at the end of life. Plastic, on the other hand, is neither.

Alternatives to leather - The film concludes with the suggestion that leather can be substituted with alternatives, including Pinãtex, Desserto and lab-grown leather. Clearly there is a market for alternative materials as some consumers do not want to use animal products.

However, it is important to understand that nearly all these products are plastic based, none have the performance characteristics of leather none have the performance characteristics of leather  and will in in all probability produce lower quality products with shorter lifespan and limited repairability, meaning they will be thrown away sooner. Very few are available at any scale and lab-grown alternatives, such as Zoa, are not much past the concept stage and certainly not scalable, even to niche luxury applications.

Most importantly, where leather is substituted, it is almost always with plastic.

It is only right that all materials should be subject to scrutiny and leather is no exception. Consumers expect transparency and it is important that they understand the implications of the materials used in the products they buy. Unsurprisingly, ‘Slay’ adds nothing to that conversation and simply revisits tired tropes about leather to play to an agenda that has little interest in the truth. 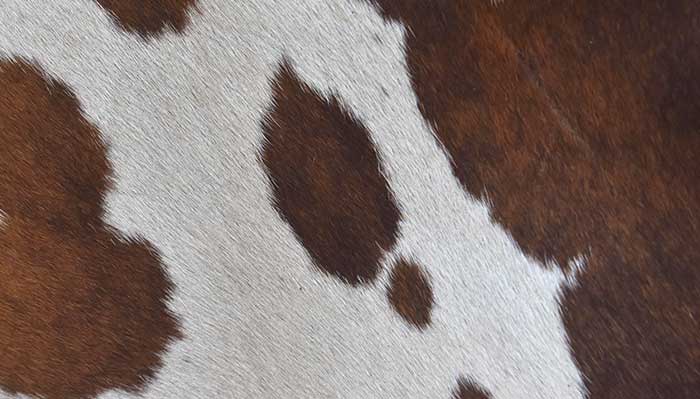 Would it really be better to let hides rot than turn them into leather? No… 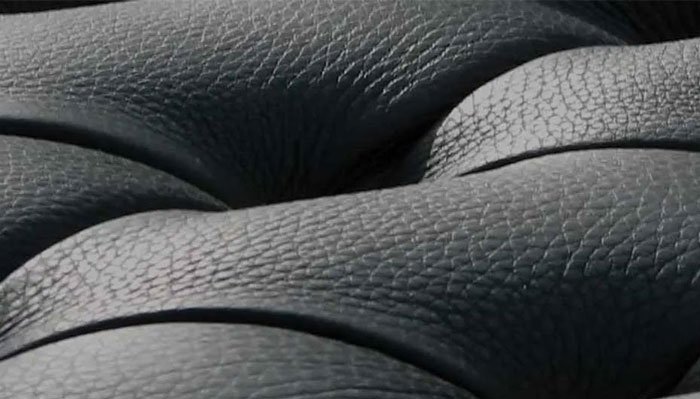 Leather and the consumer Tell us your story of leather
1 2 Next »